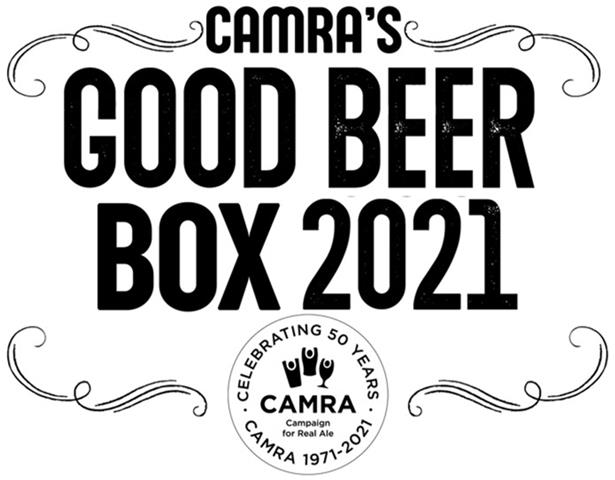 The organisation, which turned 50 on 16 March 2021, campaigns for real ale, pubs and consumer rights across the country. As part of CAMRA’s 50th anniversary celebrations, the UK’s top beer experts were asked to contribute their thoughts on the best UK beers.

The breweries included in the first box, which is available to pre-order from today (31 March 2021), are:

Nik Antona, CAMRA National Chairman, said: “I am delighted to be launching the CAMRA Good Beer Box today, celebrating our anniversary with a broad selection of some of the UK’s best beer chosen by the people who know best. Our friends across the industry, including brewers, influencers, journalists, authors and fermenters, helped narrow down the beer choices, and we are very grateful for their contributions.

“Our 50th anniversary comes on the heels of perhaps the most difficult year on record for the industry, after months of lockdowns and restrictions. CAMRA is a passionate supporter of pubs and breweries, and throughout the pandemic has urged its members to buy and support local where possible – and we hope that in purchasing our Good Beer Box, people get to enjoy old favourites as well as try new, exciting beers, and maybe find some new favourite brews along the way.”

Contributors to the Box were able to whittle down the list of best beers to one for each beer style, according to CAMRA’s beer style definitions. The contents of CAMRA’s Good Beer Box feature only the beers that received the most nominations.

CAMRA’s Good Beer Box retails for £50, and is available for pre-order from today (31 March 2021). Learn more and purchase yours here: https://camra.org.uk/50-years/camras-good-beer-box/