The Art of Good Beer Branding 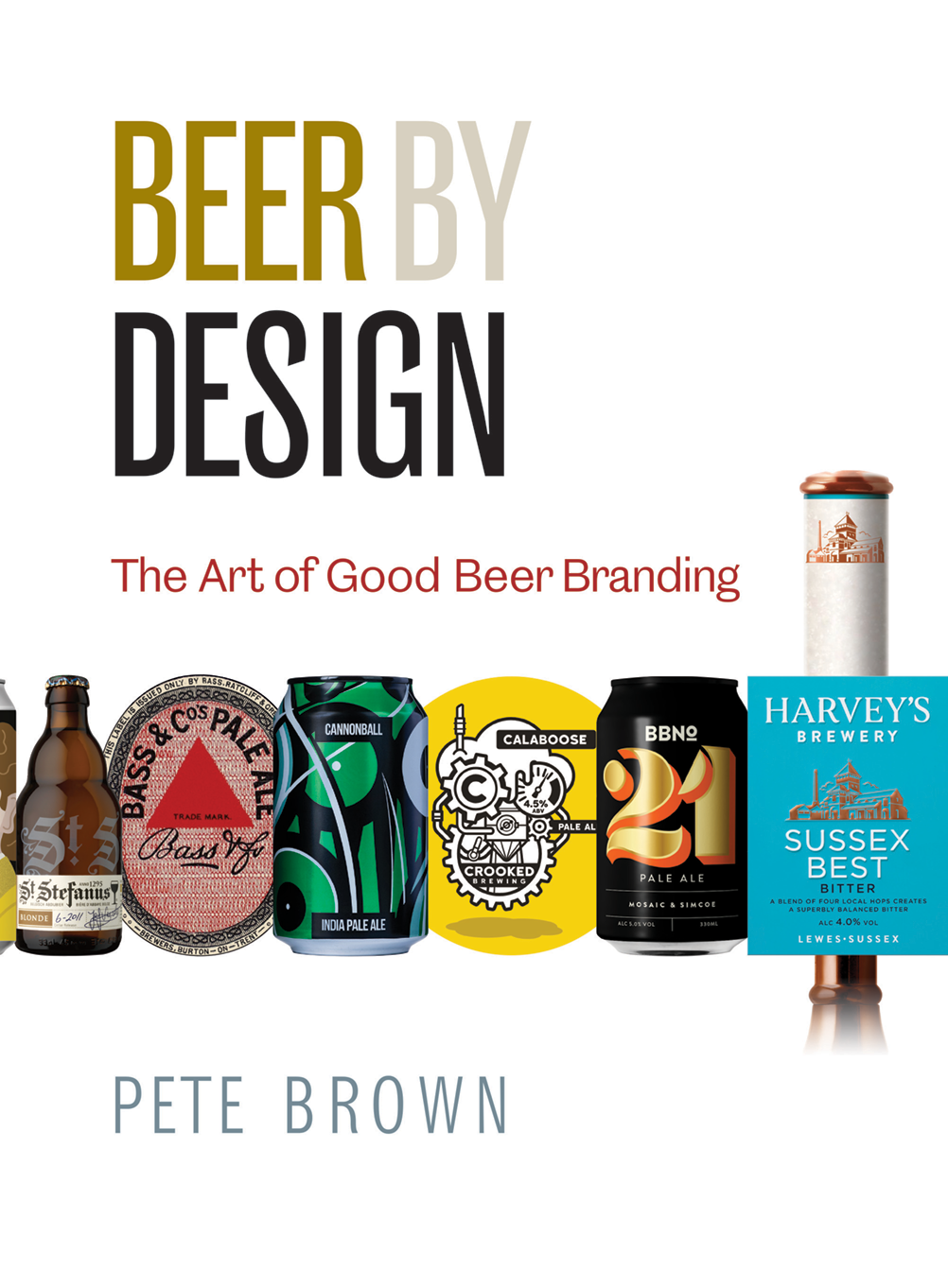 Ask any beer lover why they choose the beers they drink, and they’ll tell you it’s all about the taste. That may be true, but you need to see a beer and order it before you can find out what it tastes like.

In this lavishly illustrated book, acclaimed beer writer Pete Brown traces the history of beer label design back to the UK’s first-ever trade mark and beyond. He explores the conventions of successful beer design (and how they are now being shattered) and explains the tricks and secrets of successful design in a compelling and highly readable narrative. 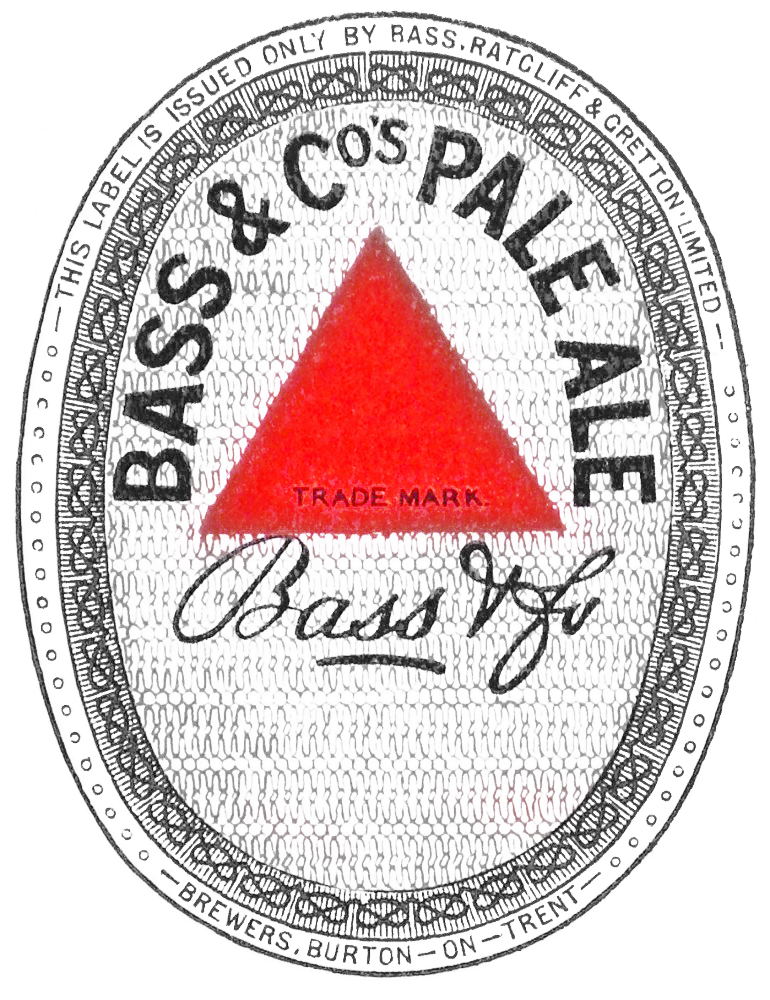 While the book majors on beautifully crafted beer designs, it also tells the story of beer design, labelling and packaging from when it really took off as a discipline in the late nineteenth century until the present day.

In Great Britain, the trademark registration act was passed in 1875. Formally from the next year, the British Patent Office began work and the first trademark was registered by the Bass company.

More recently, one of the main sources of craft beer’s appeal is that people working in open-plan offices and pointless, soul-destroying jobs can live vicariously through the achievements of others.

Pete Brown talks about some of the reasons behind writing Beer by Design and explores some of the themes and ideas within the book.

This video was recorded for IMBIBE magazine and more details can be found here; https://imbibe.com/authors/pete-brown/

1 A Quick History of Beer Branding

9 The Beer Design Hall of Fame

Does anyone still say ‘Don’t judge a book by its cover?’ Because everyone does that, really, and I’m not sure why we were ever advised not to. How else do you get from walking into a shop that stocks 45,000 titles, to browsing a handful, picking a few up, and hopefully taking one or two of them to the till? Book covers are carefully designed to convey the type of book contained within, to follow category norms that say ‘This is a thriller’, or
‘This is a romance’. If you’re reading this after being attracted to the cover in a bookshop and picking it up, thank you.
I guess some aspect of the cover design worked here too. I’ve never heard anyone say ‘Don’t judge a record by its sleeve’. I have records in my collection that I bought entirely because of the sleeve design, having never heard the songs contained within. There were cues and clues in the artwork, or the lettering. Maybe I recognised the designer and knew the kinds of bands they worked with? Or maybe I just intuited the style of music because
I already have loads of records in a genre I love and which have similar typefaces or artwork. Think about the last time you were in a shop or super­market, and you picked up a brand you’d neither seen nor heard of before. What was it that stood out? What was it that suggested – probably in a fraction of a second – that this might be something that was right for you?

Today in Britain there are over 2500 breweries, most of whom brew an ever-changing range of different beers. On the bar of any decent pub, or shelves of a good bottle shop or supermarket beer aisle, the choice can be overwhelming. People make snap decisions so quickly we don’t even notice. And the design of a beer label, pump clip, bottle or can has to do a lot of work to stand out, get noticed, and suggest to the thirsty punter that here is a beer they will enjoy. 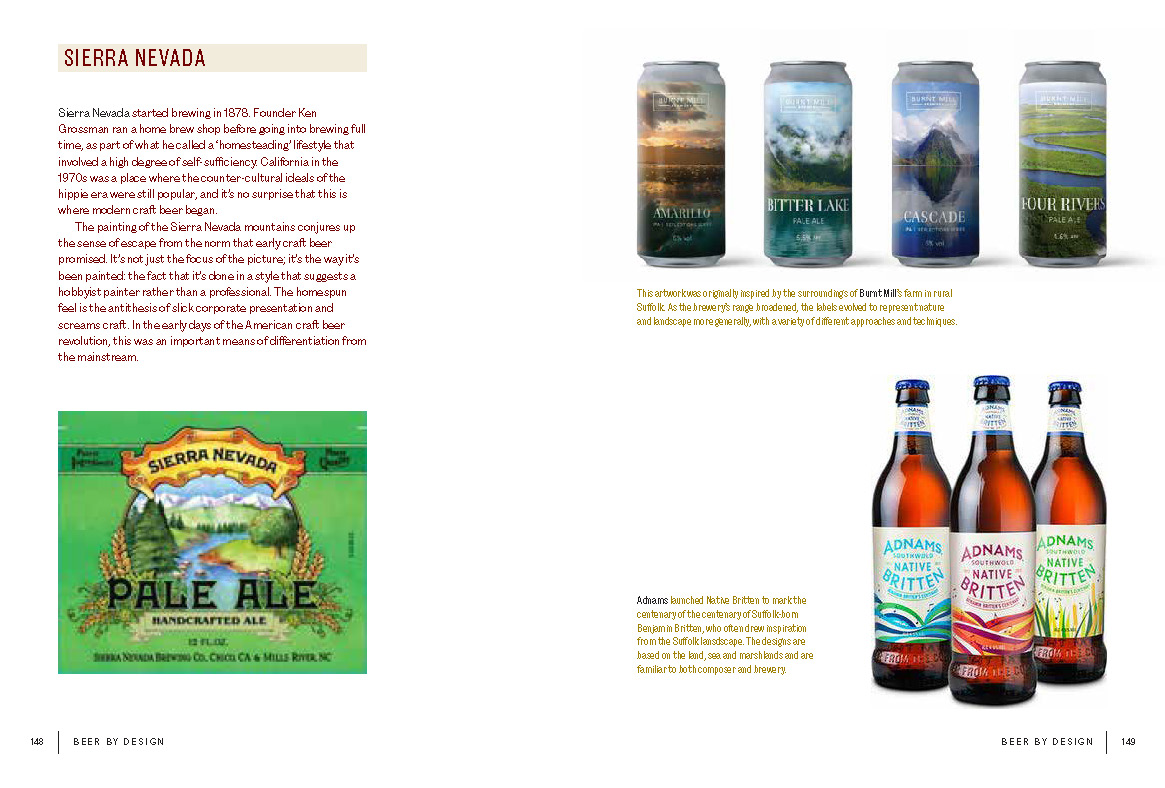 A well-executed sense of place works just as well for visitors as it does for the locals. Foreign tourists and British beer aficionados are both as likely as each other to ask for ‘the local beer’ when visiting a place for the first time because it is part of the experience of being there. 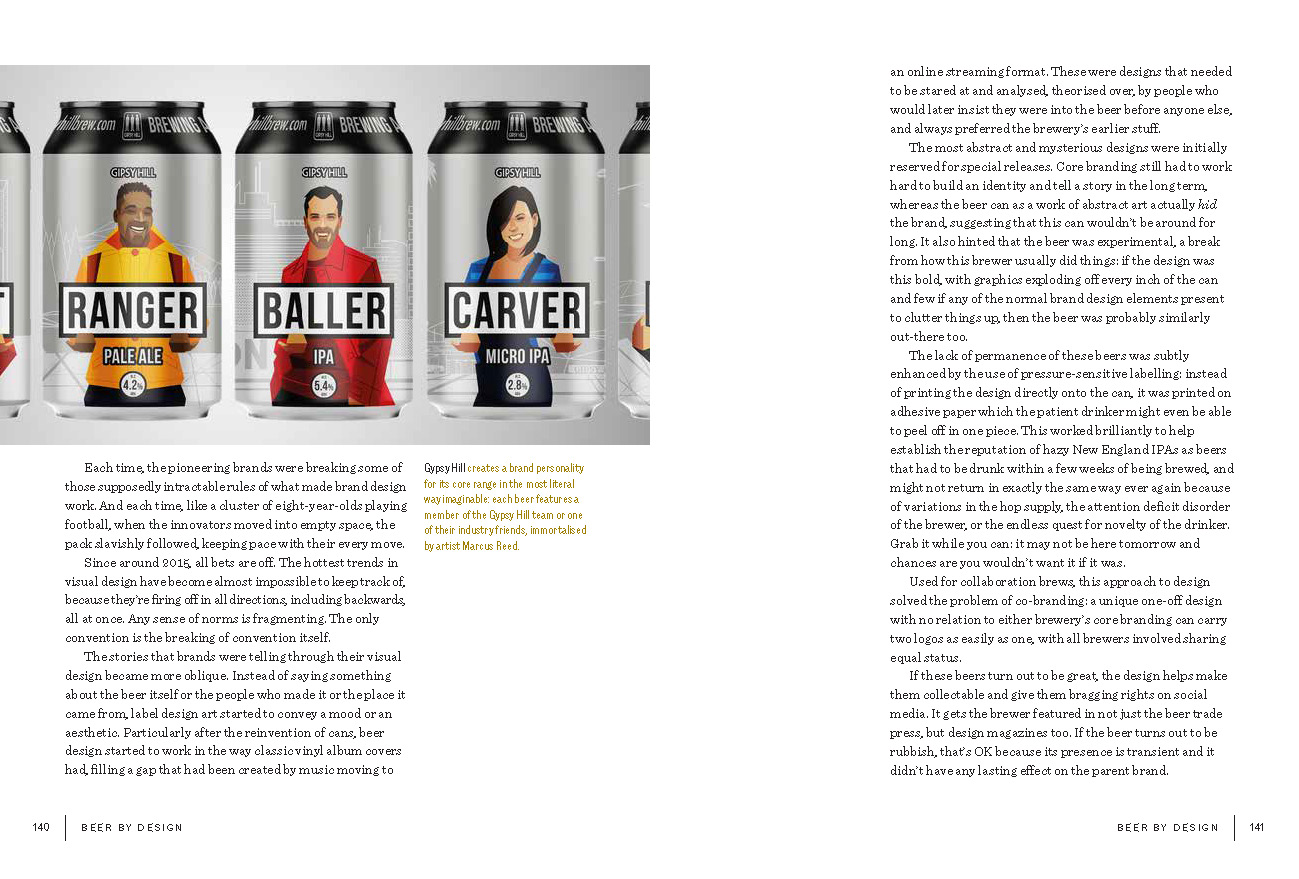 The idea of the beer can as art is synonymous with craft beer in the 2020s. Visit a bottle shop and you can lose yourself in a sea of abstract impressionism. 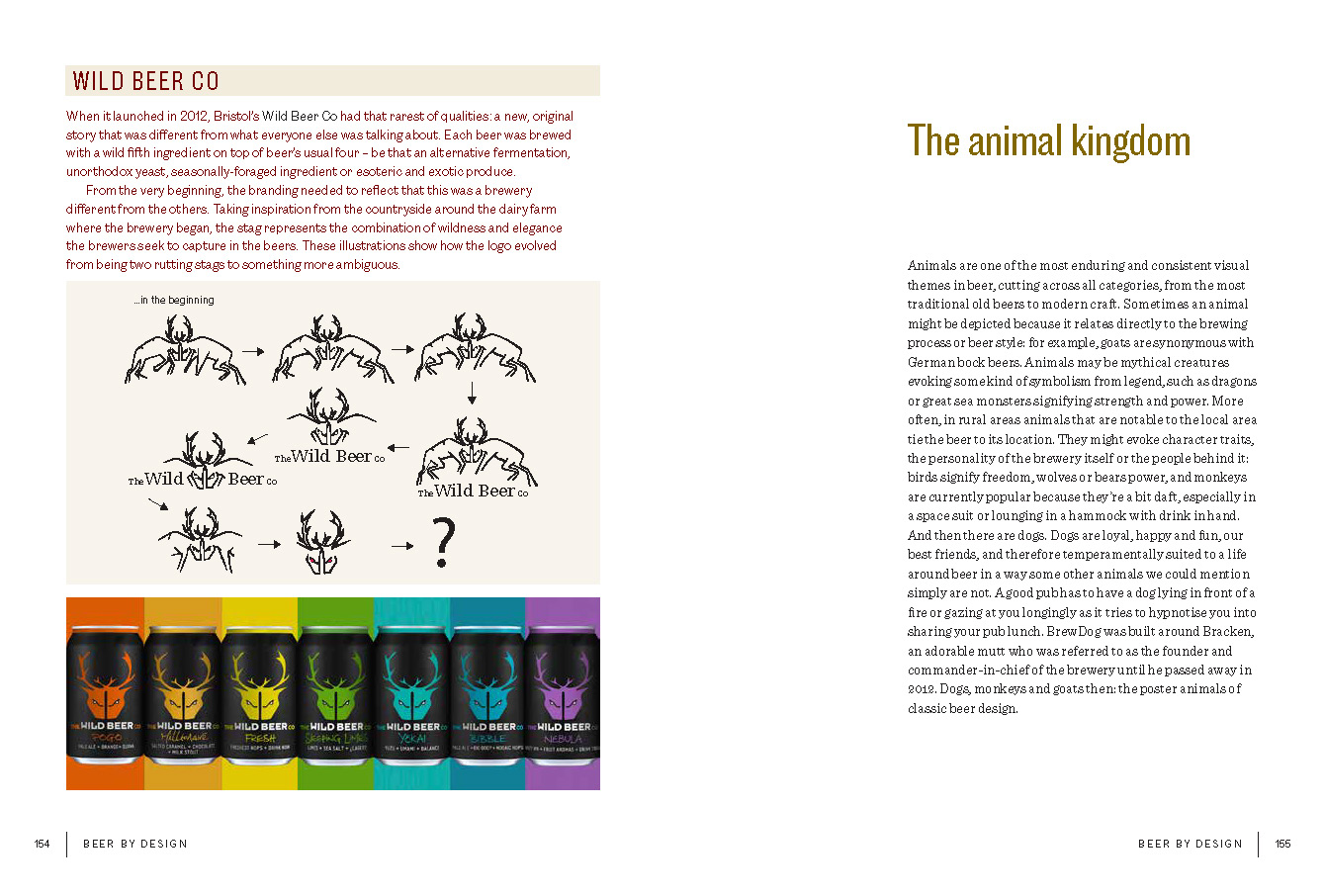 Animals may be mythical creatures evoking some kind of symbolism from legend, such as dragons or great sea monsters signifying strength and power. More often, in rural areas animals that are notable to the local area tie the beer to its location. 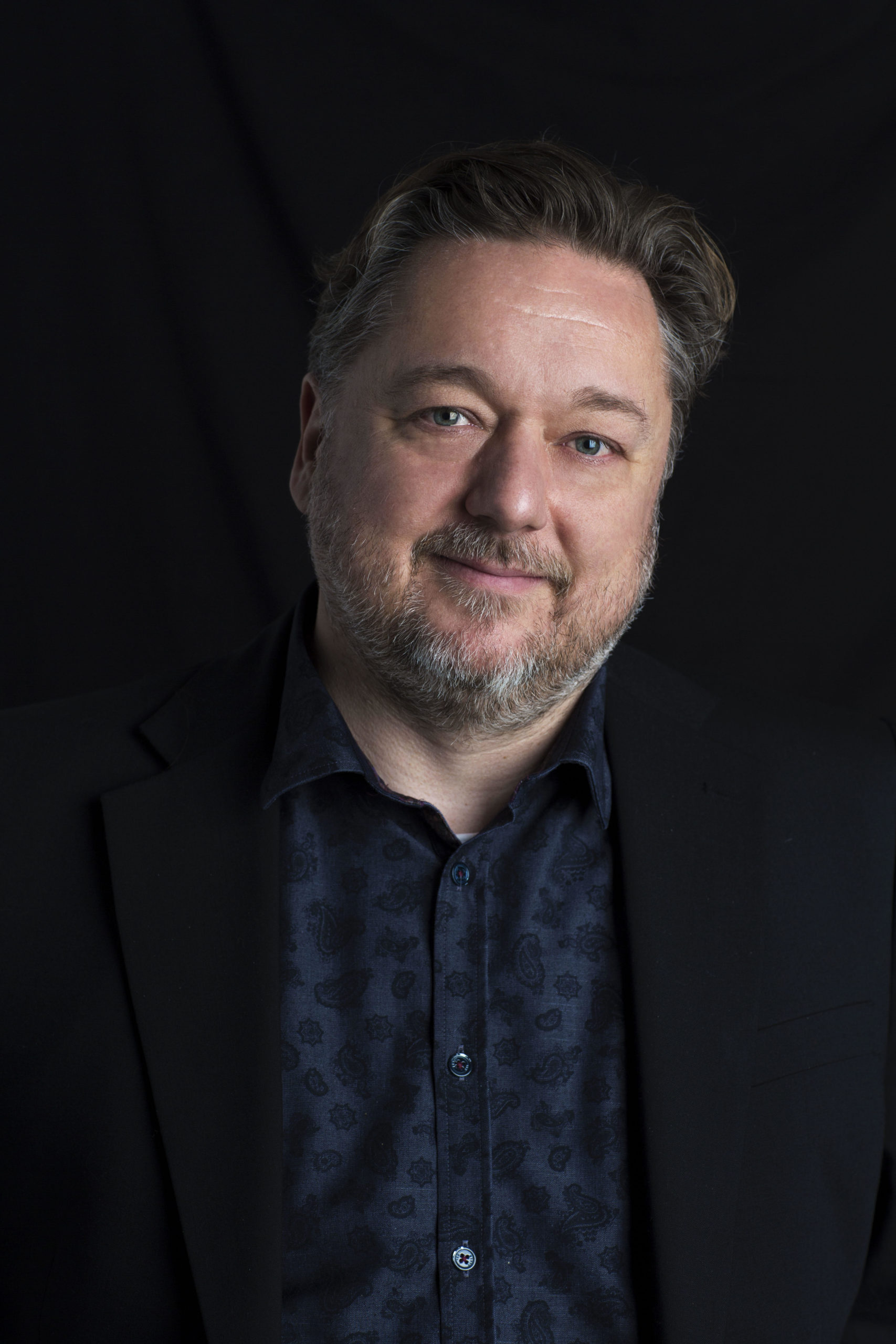 Pete Brown is a British author, journalist, broadcaster and consultant specialising in food and drink, especially the fun parts like beer, pubs, cider, bacon rolls and fish and chips. Across nine books, his broad, fresh approach takes in social history, cultural commentary, travel writing, personal discovery and natural history, and his words are always delivered with the warmth and wit you’d expect from a great night down the pub. He was named British Beer Writer of the Year in 2009, 2012 and 2016, has won three Fortnum & Mason Food and Drink Awards, and has been shortlisted twice for the Andre Simon Awards. Pete is Chair of the British Guild of Beer Writers. He lives in London with his wife Liz, and dog Mildred.
Pete is currently Chair of the British Guild of Beer Writers, which exists “…to improve standards
of beer writing and extend the public knowledge of beer.” If you write, tweet, gram, podcast or take photos about beer and pubs, and you like to socialise with and learn from others who do, find out more here.