Sneak peek! Three of the world’s greatest beers, according to Pete Brown 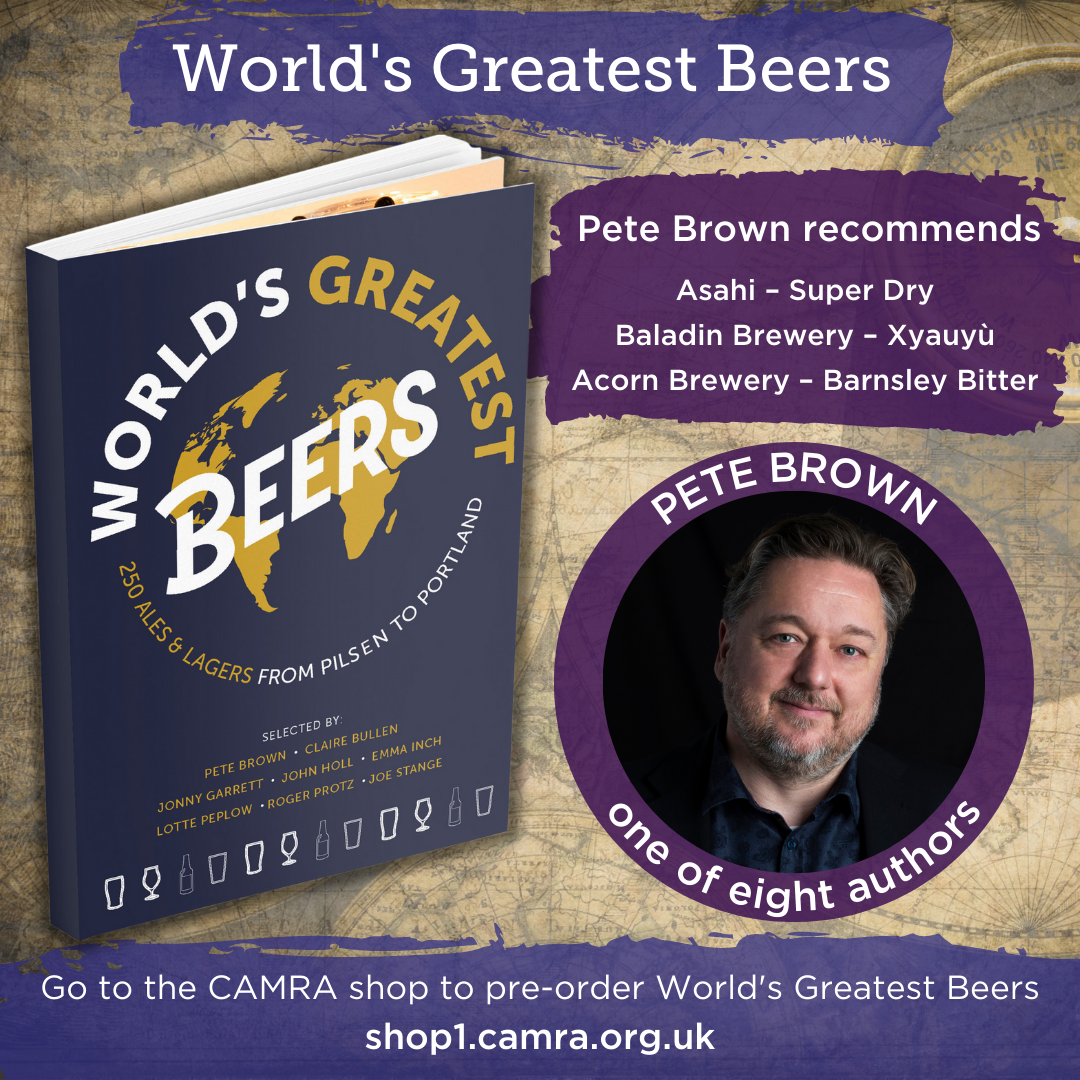 Celebrated beer writer Pete Brown is one of eight award-winning authors, influencers and experts who has used their expertise to compile World’s Greatest Beers, featuring 250 of the best beers from around the world.

World’s Greatest Beers, set to be published on 1 August, is a collection of personally selected beers from across the globe that will excite, interest, and intrigue you – all of which are available here in the UK.

Pete Brown is an English writer who has written extensively on beer and drinking culture around the world, with celebrated works including Man Walks into a Pub, Hops & Glory and Beer by Design. Alongside selecting 31 of his favourite brews from around the world, he has also written the foreword for the latest title.

In anticipation of the title’s imminent release, please find below three of Pete’s recommendations straight from the book:

Writing in the book’s foreword, Pete says: “If you’re new to beer, you can feel confident that this book is a gateway to beers and beer moments that will inspire and delight you for the rest of your life. If you’ve been around the beer festival block a few times, I hope there are enough of your favourites here to confirm that we share excellent taste, and a slightly higher number that will give you a good excuse to go beer hunting again.”

To find out more, make sure to pre-order the title from the CAMRA shop for just £15.99 – visit: https://shop1.camra.org.uk/product/worlds-greatest-beers/

Please stay tuned each week for updates beer recommendations from each of the 8 authors.

If you would like to speak to Pete Brown or find out more recommendations, please contact the press team.