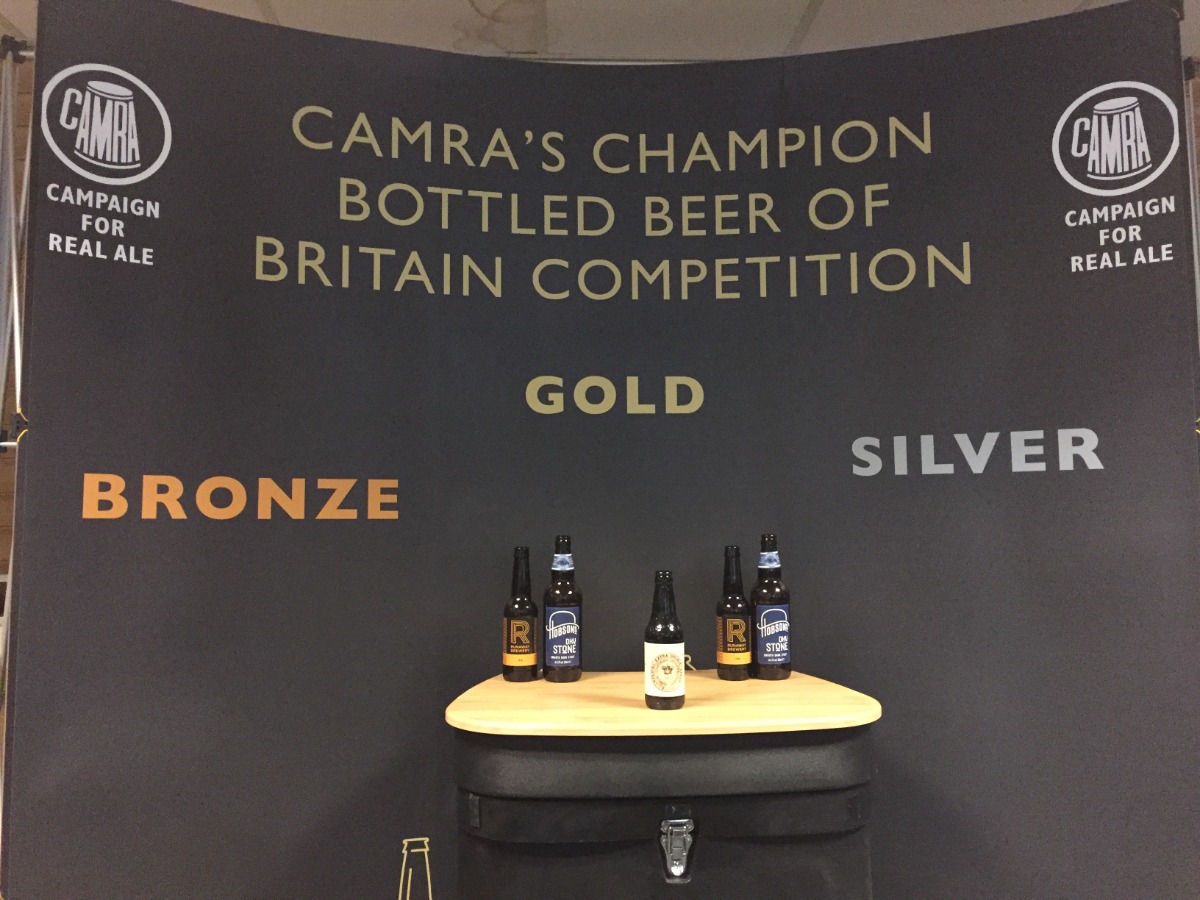 Harvey’s Imperial Extra Double Stout has once again been crowned the Champion Bottled Beer of Britain in CAMRA’s prestigious annual award, which recognises the best bottle-conditioned real ale in the country.

The 9% Imperial Extra Double Stout was described by judges as “one of the best we’ve ever had”. A previous winner in the competition in 2015, it is a shining example of a heritage beer style that has been around for centuries.

Miles Jenner, Head Brewer at Harvey’s said: “We are all thrilled to learn of this award. The beer is an authentic recreation of a classic style that was popular in the early nineteenth century, when Harvey’s commenced trading. It has received many accolades since we first brewed it in 1999.

For it to take the Championship twice, in the space of seven years, speaks volumes for this uncompromising strong stout.”

Runners up in the competition include Hobson’s Dhustone Stout (4.3%) and Runaway IPA (5.5%) which took home Joint Silver.

The judging and announcement took place at the Coventry Beer Festival following a two-year hiatus due to the COVID-19 pandemic. The competition has culminated following a series of local member voting rounds and regional judging competitions throughout the year.

Laura Emson of CAMRA’s National Executive, who made the announcement, said: “The Champion Bottled Beer of Britain competition is a national celebration of bottle-conditioned beer, and is the culmination of hard work by local brewery teams from across the country, and CAMRA members who select and judge the beers regionally.

“It is fantastic to be able to run this competition once again post-pandemic, and a great reminder that despite the difficulties over the last few years the beer industry remains strong and thriving. Bottled beer has enjoyed a renaissance due to the constraints of pub-going during lockdown, so this is a particularly well-deserved achievement for our winner Harvey’s, as well as our finalists Hobson’s Dhustone Stout and Runaway IPA, who have made this such a brilliant competition.”

This year CAMRA re-launched its bottle and canned accreditation scheme, now dubbed ‘One to Try’ to support more breweries producing ‘live beer’ and making it easier for brewers to sign up.

Emson adds: “The pandemic helped remind us all just how important bottled and canned beer is, and we’re incredibly lucky to have such a huge breadth and variety available in bottles these days. Alongside these fantastic winning brews, I’d recommend consumers keep their eye out for our ‘One to Try’ sticker, a true indication of quality.”