Explore beers throughout the seasons with CAMRA’s latest publication: A Year in Beer by Jonny Garrett 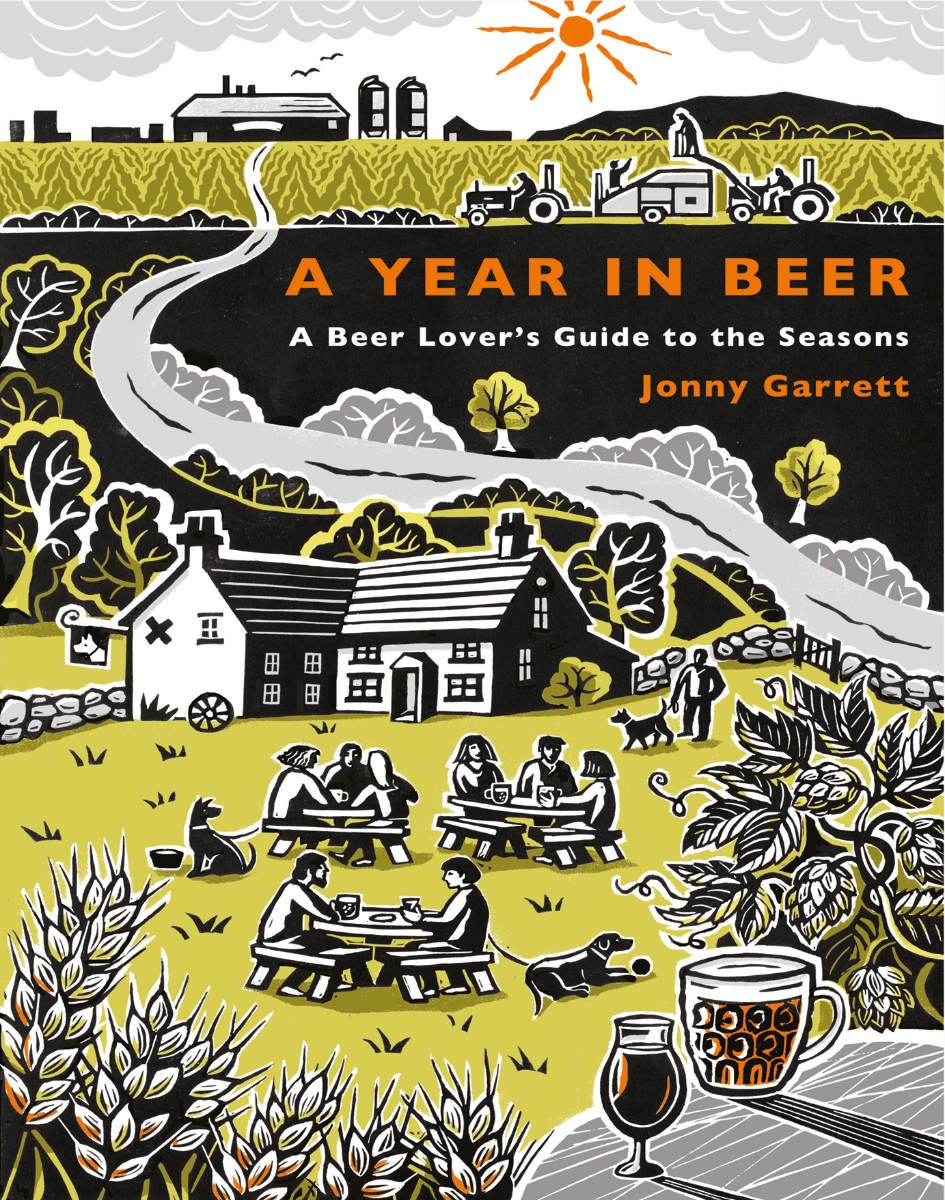 Jonny Garrett, beer writer and founder of the Craft Beer Channel, takes readers on a journey of seasonal drinking in CAMRA’s latest title, A Year in Beer.

A Year in Beer explains why drinking seasonally might just teach people more about what they drink and why. Going beyond Pilsner for hot weather and Stout in the cold, A Year in Beer is a bold and exciting new look at beer, encouraging drinkers to reconnect their favourite beverage with the world around them.

Garrett leads readers through the hop and malt harvests of late summer, the joyful fireside drinks and slow cooking of autumn, the glut of Christmas beers and cheese boards of winter, and the wild and fresh burst of new life and brewing in spring.

The book is peppered with delicious food recipes, as well as explorations of the UK’s modern brewing scene and deep dives deep into the histories and unlikely origins of some of the country’s favourite styles.

Jonny Garrett says: “If you ask the average beer geek whether they drink seasonally, I think they’d say no, so this book has two aims. One is to show people that even if they just drink IPA all year round, that still has such a strong seasonal element and shift to it. The other aim is to encourage people to embrace it, and both celebrate the seasons and the changes that come with them and to buy beer according to those changes. Making a connection between the world around us and the beer we drink is a powerful revelation, as I learned on all the amazing trips and adventures I had while writing this book. Seasonally drinking might not be a thing, but wouldn’t it be brilliant if it was?”

Jonny is a London-based beer writer, author, and filmmaker. As well as writing regularly for Good Beer Hunting, he is the founder of YouTube’s award-winning Craft Beer Channel. He has won several writing and broadcasting awards, including UK Beer Writer of the Year in 2019 from the British Guild of Beer Writing.

A Year in Beer is available now for order, by visiting the CAMRA shop at: https://shop1.camra.org.uk/product/a-year-in-beer-a-beer-lovers-guide-to-the-seasons

Press PDFs and copies are also available for reviewing, or for serialising. Contact press@camra.org.uk for more information.