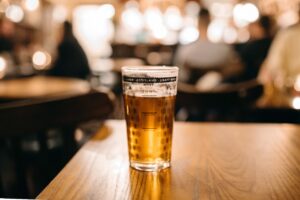 A survey of the UK public commissioned by the Campaign for Real Ale has found a 10% jump in the number of people who say the average price of a pint is unaffordable.

In 2019 42% of respondents to a YouGov survey for CAMRA said the cost of a pint at the bar was unaffordable – but that figure has jumped to 52% when the survey was repeated last week.

It comes as the nation’s pubs are facing rising prices, skyrocketing energy bills and a dip in consumer spending power – prompting CAMRA to issue another plea to government for action to save the UK’s pubs.

Urgent action is now needed to address the cost-of-living and cost-of-goods crisis, which is making it harder than ever before for pubs to stay afloat post-pandemic. CAMRA would like to see:

The new Prime Minister should also use the forthcoming Budget to prioritise introducing the new system of alcohol taxation as quickly as possible – specifically the preferential rate of duty on draught beer and cider served in pubs which could see a lower rate of tax on drinks served in licensed premises – helping them to compete with the likes of supermarket alcohol.

Commenting, CAMRA Chairman Nik Antona said: “The news that half of people think the average price of a pint is unaffordable is a cause for concern for the future of the Great British pub.

“Businesses that have survived the pandemic are now being threatened again by inflation and spiraling energy costs – just as consumers are dealing with the cost-of-living crisis and reigning in their spending.

“As well as encouraging everyone to continue to support pubs, social clubs and taprooms, CAMRA is calling on governments across the UK to urgently take action to safeguard the future of the UK’s beloved locals.”

The calls come as the Great British Beer Festival opens its doors to the public, running from 2-6 August at Olympia London. Festival attendees are encouraged to join the Campaign throughout the event, to get involved with its campaigns to support the British beer and pubs industry.

All figures, unless otherwise stated, are from YouGov Plc. Total sample size was 1783 adults for 2022 figures. Fieldwork was undertaken between 22nd and 25th July 2022.

The survey was carried out online. The figures have been weighted and are representative of all UK adults (aged 18+).

Total sample size was 1783 adults for 2019 figures. Fieldwork was undertaken between 12th and 15th July 2019. The survey was carried out online. The figures have been weighted and are representative of all UK adults (aged 18+).