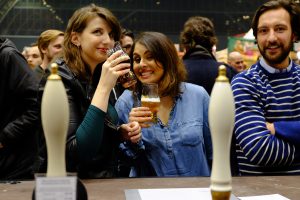 Industry experts will gather at the Manchester Beer Festival trade day to debate how the beer industry should combat discrimination.

Taking place between 6:30 pm and 7:30 pm on 24 January at Manchester Central, the panel discussion“Sexism is bad for business. What are we going to do about it?” aims to address the ongoing issues and challenges of sexism in the beer industry and determine what practical steps can be taken to address it. It follows hot on the heels of the festival’s decision to filter out beers with sexist names or discriminatory images and CAMRA publicly condemning sexism and discrimination in the industry.

Master Beer Trainer Christine Cryne will lead the debate with the following panelists on board:

Graham Donning, CAMRA’s Regional Director for Manchester, said: “Sexism has been a hot topic across many sectors recently. But even within our festival, we have seen outdated attitudes persisting over several years, despite our efforts. It’s led to us deciding passive solutions weren’t working and it was time to take positive action.

“It’s clearly a deep-seated problem within the beer industry of which we are only a small cog. More action is needed and our trade session provides an opportunity for industry professionals and volunteers alike to come together to take us beyond talk. We want to see some practical and realistic ideas on how we can all eradicate sexist attitudes in beer as soon as possible.”

The trade session will kick off the Manchester Beer Festival, and takes place between 5-9pm on the 24th of January. It is open to the press and members of the trade, as well as CAMRA members.

The festival will open to the general public from the 25th-27th January. Tickets are available at http://mancbeerfest.uk/