Voting for the next Champion Beer of Britain opens 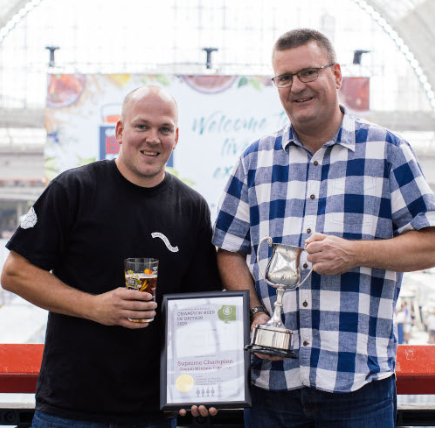 CAMRA members have until 1 November to vote for their favourite beer in the UK’s most prestigious beer competition, the Champion Beer of Britain.

Judging for the competition takes place roughly a year prior to announcement, with individual nominations, local and regional competitions. Traditionally it concludes on the opening day of the Great British Beer Festival when a panel of judges decides the winning brews.

Winning the Champion Beer of Britain is the ultimate honour for UK breweries and has helped put many into the national spotlight. Previous winners include Surrey Hills for ‘Shere Drop’ and Siren Craft Brew for its ‘Broken Dream Breakfast Stout’.

This year, CAMRA members will be able to select beers according to new beer style remits, after a review was undertaken of the official CAMRA Beer Styles. There are now 12 different categories, with two additions from the original 10.

You can read more in-depth about the categories in the Beer Style guide leaflet.

CAMRA’s National Director Gary Timmins said: “We are very excited to be opening voting for the Champion Beer of Britain, and celebrating the country’s top brews after the disruption of the last 18 months.

“CAMRA members will be able to vote using our special voting portal, and in a range of different categories, from milds to bitters, IPAs to barley wines, and more! We need our membership to let us know which beers are the cream of the crop, so don’t forget to vote and help ensure your favourite pint is in with a chance to win.”

Voting is now open and available to CAMRA members at: https://cbob.camra.org.uk/

To join CAMRA and have your say, visit: https://camra.org.uk/join/