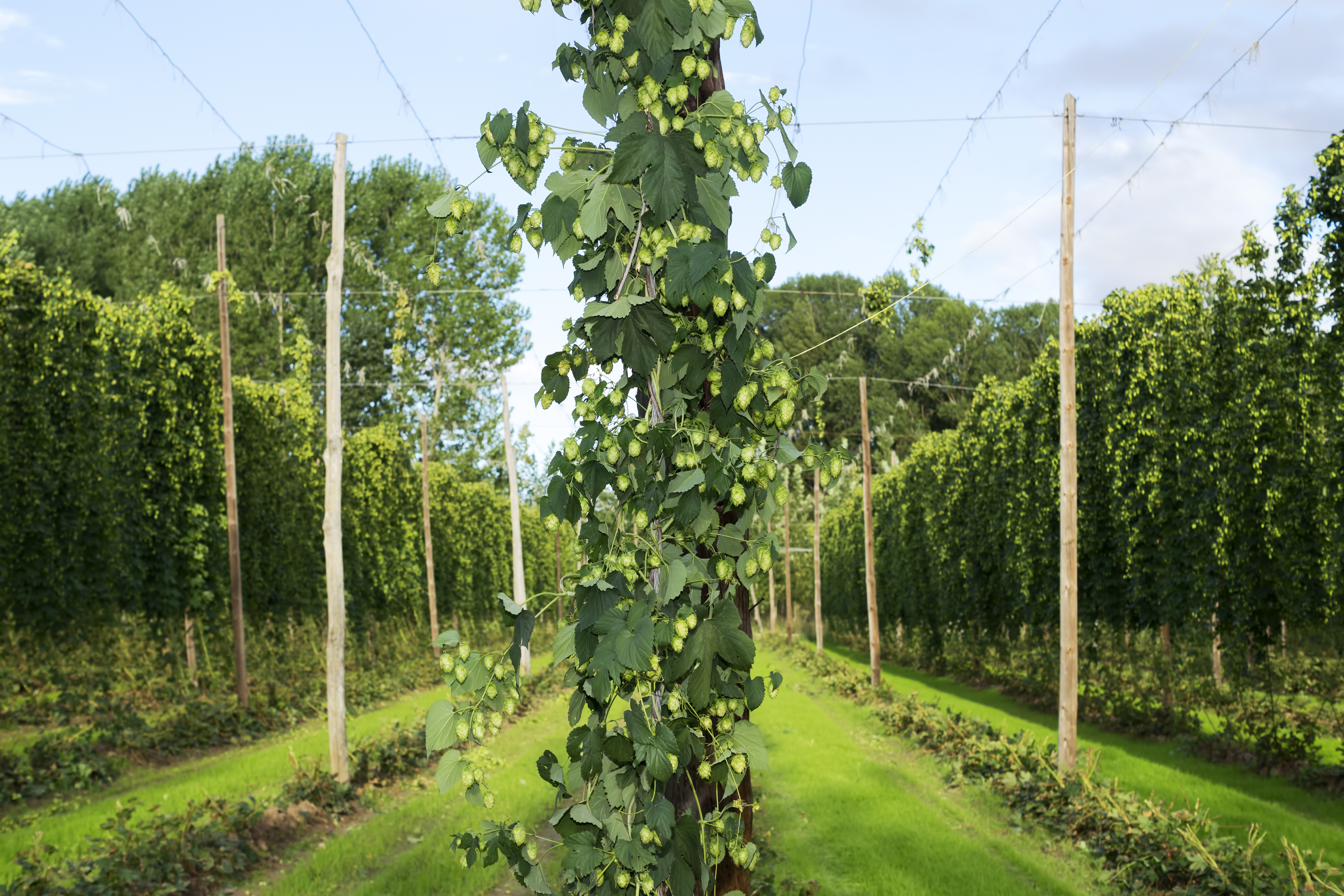 Up until the middles ages (1500s-1600s), British ale remained an unhopped drink made by fermenting sprouted barley grains known as malt. If ale was flavoured it was done with a range of bittering and potentially psychoactive herbs and spices such as wormwood, bog myrtle and yarrow. Brewers then, as now, combined a pragmatic approach to brewing beer (using whatever is to hand or locally available) epicurean (what tastes good) and functional approach (does it improve the beer and help it keep for longer).

Hops were introduced to English brewing in the 1600s by Flemish brewers emigrating to Kent from Flanders in Dutch speaking Belgium. By the turn of the 17th century hops had superseded other bittering ingredients. Hops remain the dominant bittering, aromatic and flavouring ingredient in worldwide beer production.

Whole hop plants are known as bines can grow up to eight metres high. In the hop growing counties of England the bines are trained up a traditional wire and pole system (see photo above) to ensure adequate sunlight and fresh air reach all parts of plant. In spring hops send up their first shoots from early April, and by mid to late July hops have grown to their maximum height, then spend the next six weeks or so developing the burrs (immature female flowers) which in turn, after pollination mature into the flower cones we might all recognise as hops. 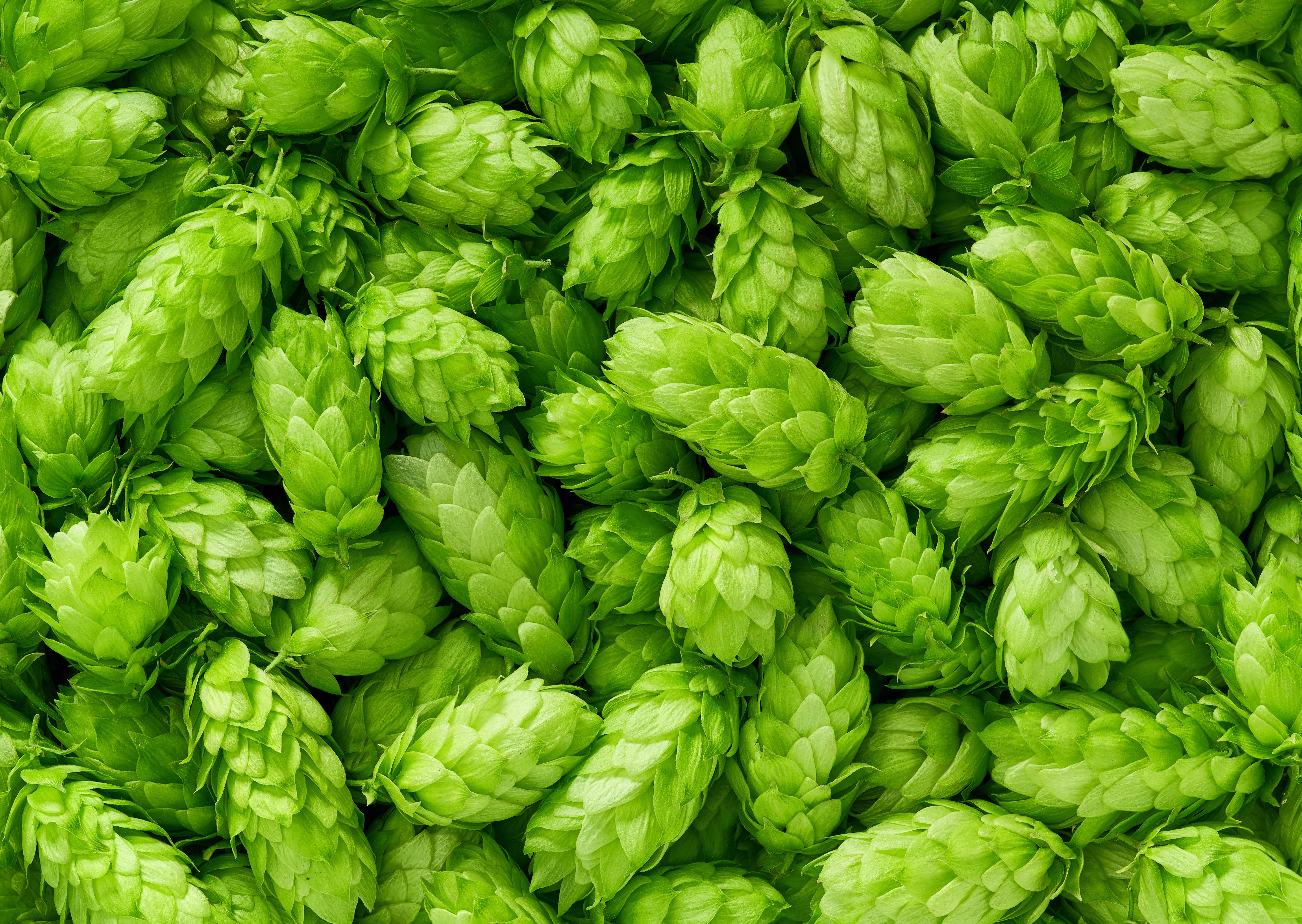 we've got the basics covered at camra books