The Champion Beer of Scotland recognises the best beer that can be found specifically in Scotland.

The Champion Beer of Scotland is now being judged at the Ayrshire Real Ale Festival, held in Troon in October. 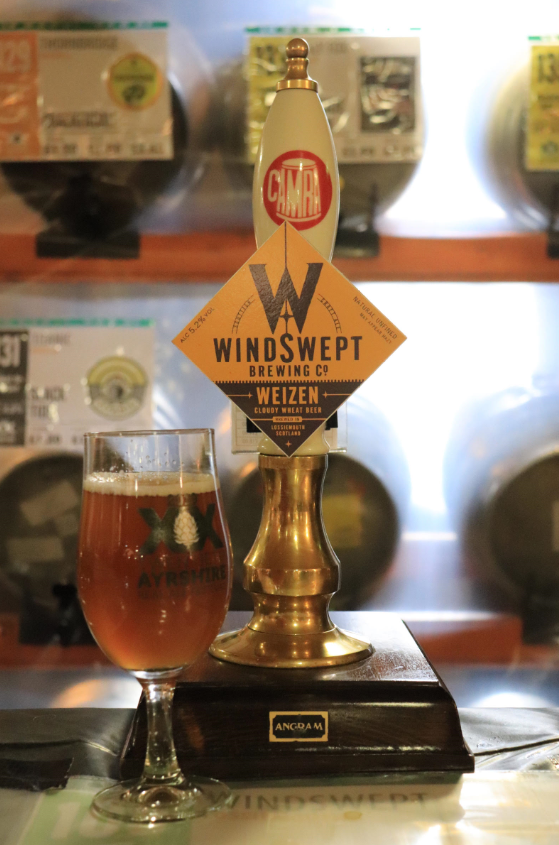 This year’s Champion Beer of Scotland went to Windswept Brewing’s Weizen, a wheat beer at 5.2% ABV.

Although brewed in Lossiemouth, Scotland, Weizen is a faithful version of German wheat beer, ideal on chilly autumn evenings. It is available in cask-conditioned or keg format in pubs and bottled-conditioned in shops.

Nigel Tiddy, owner of Windswept Brewing said: “It’s fantastic to receive this recognition from CAMRA. We work really hard to keep up the quality of our beer and it’s an honour to receive such an award. Weizen is made with genuine Bavarian yeast which gives the beer a distinct taste of bananas and cloves. It was first brewed for a charity beer festival in Elgin in 2013 and was so popular that I decided to make it part of the brewery’s permanent range.”

Sarah Crawford, CAMRA director for Scotland said: “Huge congratulations to Windswept on winning Champion Beer of Scotland for the first time. Weizen is a fine example of a Scottisah take on traditional German brewing and I’m looking forward to having a glass of it this evening.”