The Champion Beer of Britain is one of the most prestigious beer competitions in the world. It is the ultimate honour for UK brewers and has helped put many into the national spotlight and is awarded every year at the Trade Session of the Great British Beer Festival.

We’re currently looking for nominations for beers to enter this year’s competition!

You can now vote using our new, user-friendly online system, which allows you to cast your votes for a much wider choice of beers than ever before – from local brews to favourites from all over the country.

Voting is really simple and the new website includes a useful tutorial video to take you through the process. You can also consider getting involved in other stages of the competition, by volunteering to take part in Tasting Panels. 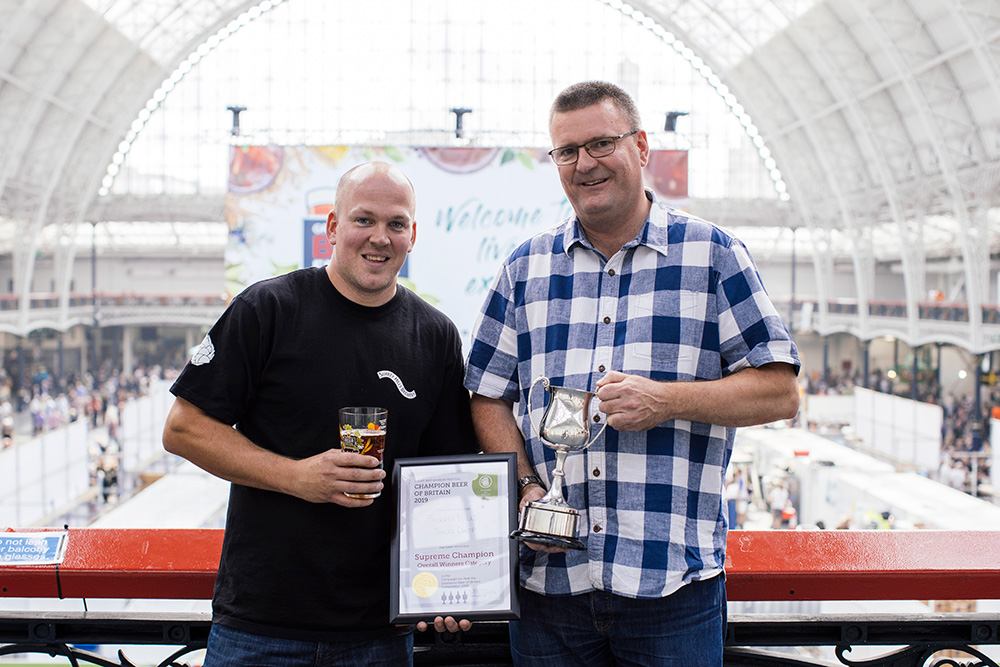 Described as pale in colour with a subtle hint of grapefruit and lemon in the aroma, the wonderful hop bitterness is complemented by a balanced malt flavour.

Silver went to Grey Trees Brewery’s Afghan IPA, a previous winner of the Strong Bitters category, taking first place in 2017. Grey Trees is based in Aberdare in South Wales.

Bronze was taken by Oakham Ales, based in Peterborough, for their session IPA Citra. Oakham are regulars in the Champion Beer of Britain competition and took home the silver award in 2014, 2009 and 1999 as well as gold in 2001.